The Power of Positive Thinking by Courage Igene

The Power of Positivity: Change Your Mind

As a community leader and leader in his church, Courage Igene is always looking for new ways to improve the lives of others.

Many people throughout the United States have heard the phrase “you are what you eat.” While this is a true statement, a statement that holds an even greater truth is “you are what you think.” Courage Igene has studied and researched the effects the human mind can have on the rest of the body. In fact, he has witnessed it first hand, speaking with many of his church members and peers. 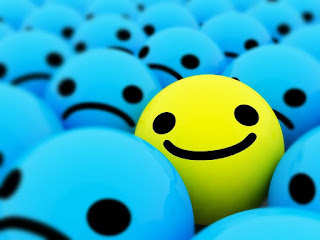 Negativity can cause our bodies to function negatively, while positivity causes our bodies to function positively. For example: you received a bad report from work or the doctor’s office. When you begin to worry, and think negatively, about the report you received, your body goes into stress-mode and produces certain hormones that store fat in your body. The long-term effects of these hormones, if not shut off, include heart problems such as high blood pressure, heart attack, and angina. On the opposite end, by remaining positive your body is less likely to produce those stress hormones, leaving you to feel happy, healthy, free, and productive.


For Courage Igene, traveling to events and preparing for presentations can cause a lot of stress and sometimes negativity if something goes wrong. The first step to conquering these situations was to change his mindset. Courage Igene understood he had to change the way he thought, how he perceived things, and how he responded to negative situations. Of course this was the biggest struggle, but it was very obtainable. Once he began to think positively in every situation he witnessed his mind and body begin to heal themselves naturally.


Not only does negativity affect your own mind and body, but it also affects those around you. When anyone is angry and begins to express that anger in a negative way those around that person can physically feel the vibrations of the anger in their own bodies. Negativity is a ripple effect that can cause those around us to react negatively.

This is why Courage Igene and others thrive in environments where people are working together and supporting each other while promoting positivity. On his missionary trips and day to day happenings around the church, Courage Igene feels motivated and inspired by the positive actions of all the wonderful people around him.